Both of these men died the same month of the same year. Steve Jobs created the Apple company, Dennis Ritchie was a computer programmer.

Without Steve Jobs there is not iPhone, iPad, iPod or Macintosh.
Without Dennis there is no C.
​Without C, there is no Unix, Windows or Linux. Without C there is no C++ . There is no MacOS X (imac or laptop), no iOS (iphone), no Photoshop, no Firefox, no Safari, no Google Chrome, no Playstation, no XBox.
In fact, 90% of the applications in the world are written in C, C++ or Objective C. 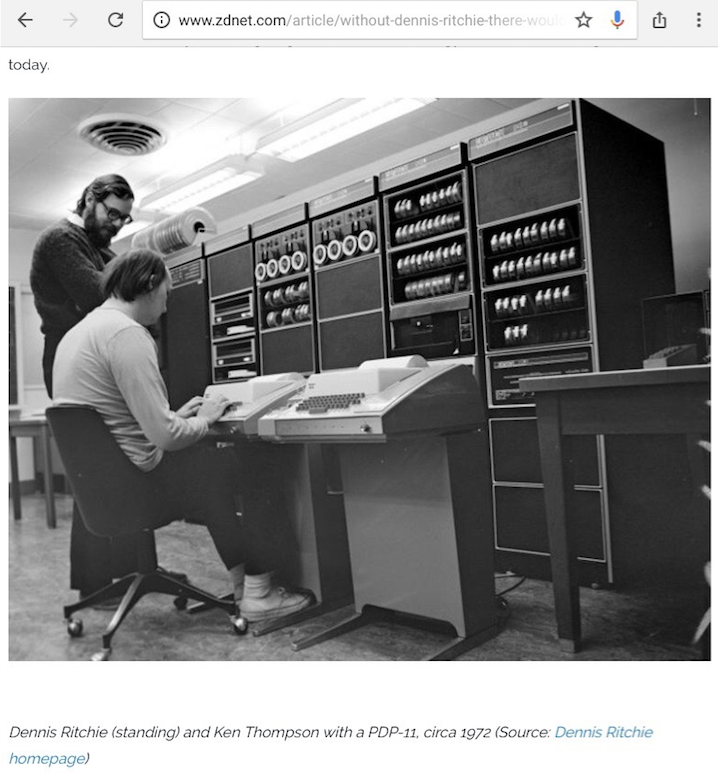 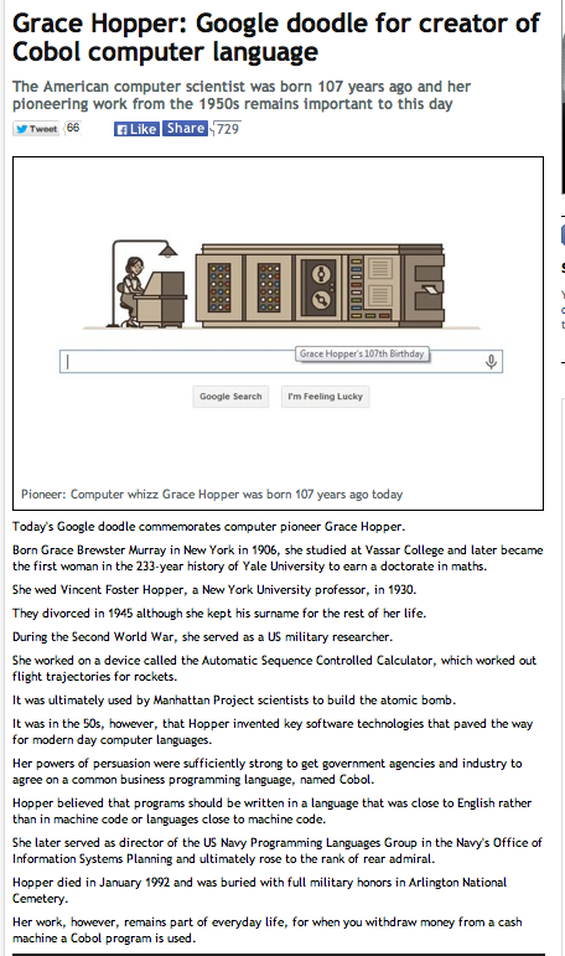 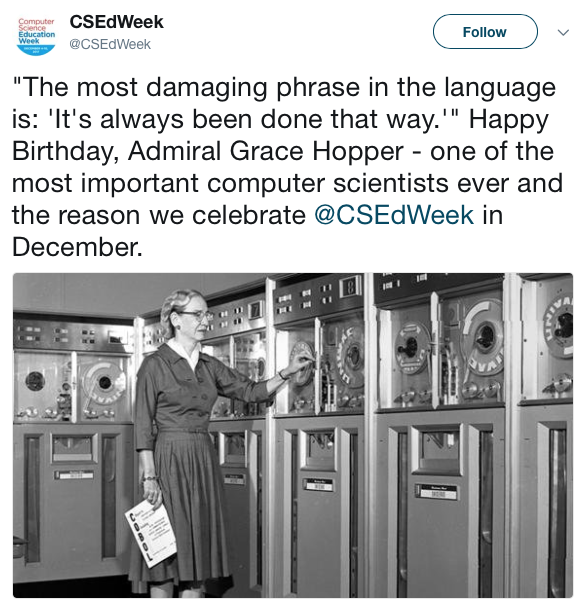 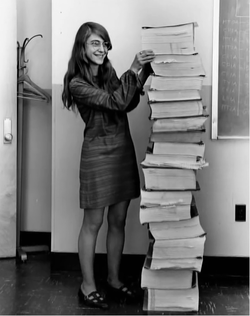 She was all of 31 when the Apollo 11 lunar module landed on the moon, running her code.  Apollo 11 was able to land at all only because she designed the software robustly enough to handle buffer overflows and cycle-stealing.